Right from the start, you will face shocking conflicts, and with no pause the level of the tension increases so that after reading less than a quarter you will ask yourself what kind of shock could happen next, for God’s sake? And again you will be shocked in less than 5 pages!

This fast paced progress hardly ever stops, except the prolonged parts about the booby-traps, which, although attractive and suitable to the whole story, are really simple, primitive, and too much prolonged and become the main body of the story.

The very positive point of the story, and its significant characteristic is its easy, smooth fluent prose. Such a simple prose that even I, as a non-native pre-intermediate English reader, could keep on reading easily and fast without any pause and could imagine whole the story like a movie playing in front of me.

So the story is really imaginable by words but in several parts it could be more adhered to “show, don’t tell” rule, and in fact it violates the rule frequently by employing intercalary phrases and expressions:

”Working as a team, they restrained Abdul. It seemed their impromptu plan had worked. But their small victory was soon cut short by…”

Or, although there are sweet jokes and humour all through the story, even in the most dire situations said by the most suffering characters, as much as I liked the jokes and the humour, I couldn’t cope with the narrtor talking about it:

“Marie shook her head, displeased with Joey’s timing. She loved him for his sense of humor, but there was a time and place to be funny. Joey knew this, but his nerves were obviously getting the better of him.

‘Uk buk too,’ the boy said again. This time he gestured downstream.

‘I think he wants us to carry on,’ said Marie.

‘Yeah, the Starbucks is this way,’ Joey joked again, nodding his head, and left the boy, who stood watching and rubbing the back of his head in apparent wonder.”

So, what is the problem with “he said, she replied” without any additive dialogue tags?

the narrative, instead of employing worn classic defintion of “point of view”, uses focalization concept well, and albeit the story is narrated through the mind of several characters, third-person alternating, but it rarely slips to the omniscient narrator, and just focalises the story through different persons alternating the narrator.

At several points if the writer employed “free indirect style” instead of “he thought”, “she said to herself”, or “he could imagine that…”, it sure would help the narrative to be even more imaginative and imaginable than it is right now. By the way the narrative does not violates its own rules, although it moves on the edge, until the page 317, where it is completely trapped by the omniscient narrator:

“He would not know it, but he was staring at the dead remains of […] herself.”

which could be considered a mistake, according to the structure of the narrative in its whole.

If you are into Indiana Jones movies, Egyptian pyramids and underground paths, civilisations in different coordinates of time and different of us, puzzles and historical characters, manipulating the history, thrill and adventure, this would be (probably) the book you will not want to put down.

If you are interested in literary technical prose with experimental form and dynamic characters (not types) this book (probably) will not be your first choice.

I insist “probably” because I desire and emphasize the structure, form, characterization, poetics, plot, and technique but I really enjoyed the story and I was surprised by the writer’s creativity and imagination and I thank him for writing the book and giving me the chance to enjoy my time reading it.

p.s. I guess the relation between reality and the story will be an immortal question, but I cannot see the point to discuss that, reviewing such an entertaining story.

Redhead by the Side of the Road by Anne Tyler 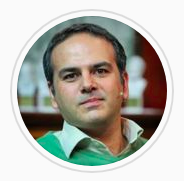